It takes a very dedicated and creative mind to make films for a living. It takes an even more unique individual to conduct business on a bi-costal arrangement. Some may say crazy, but here at Mangled Matters, we don’t name call. And we salute those who go above and beyond to achieve their filmmaking dreams!

For that, I salute Bryan Enk.

A veteran of the Brooklyn theatre scene, Enk has credits as a director (7), producer (7), writer (5), editor (1) and cinematographer (1) under his belt.

His success on stage has been well documented. Having been the artistic director for the now-defunct Third Lows Productions (founded in 1992 as an independent film and theatre company, the company closed in 2009), Enk is no stranger to tackling major projects and multi-tasking. He co-created a 12-part supernatural theatrical serial called ‘Penny Dreadful’ and also created ‘The Sinister Six’, an annual horror anthology film series that consists of six short films by six different directors. The fourth and final installment just recently screened to solid reviews. Enk is also the curator of this project.

His latest project, the fantastic ‘The Big Bad’, immediately became one of my favorite independent horror films of all time. If you haven’t checked out my review as part of my Women In Horror Month celebration, please give it a read at
http://mmwihm.wordpress.com/2012/02/16/a-wihm-review-the-big-bad/

Why did I include the review in my WiHM blog? Because Bryan teamed up with the insanely talented Jessi Gotta to bring the film to life. Gotta wrote, produced and starred in the werewolf tale, while Enk directed and produced.

This is where the bi-costal relationship props comes into play. You see, Jessi lives on the East Coast while Mr. Enk resides on left coast. Is that stopping the tandem from working on more projects? Hell no! Lucky for us indie horror fans…
Without further ado, I present to you the chat I was fortunate enough to have with Bryan Enk recently.

RAIDERS OF THE LOST ARK came out in the summer of 1981 and my mom took me to see it. I was seven at the time and I think I was the only kid on the block who didn’t want to be Indiana Jones — I wanted to make the movie. The film that inspired me to actually start making movies, BRAM STOKER’S DRACULA, came out in November 1992 — I’m not sure what it was about that film that finally got me to pick up a camera, but I’ve been at it ever since.


2. Growing up, were you a really creative, outgoing kid?

Oh yeah. In 1981 I also wrote a STAR WARS play called THE ADVENTURES OF LUKE SKYWALKER that was cast with friends and family; we performed it for all of our relatives in my parents’ basement. I wrote, directed and acted in a bunch of plays in grade school and did a bunch of musicals in high school; that transitioned into actual filmmaking in college. The inspiration mostly came from the movies themselves — again, it was more of a fascination with how the films were made and how the stories were told than wanting to be “in” them.


3. Have you always been a big horror fan?

My dad is a big sci-fi and horror fan, so it’s probably all his fault. My first horror movie experience was also a landmark event from ’81 — I watched ALIEN with my uncle (on Beta!), mostly from behind the couch in pure terror. That’s still my all-time favorite horror movie. Halloween also remains my all-time favorite holiday; I went to Halloween Horror Nights at Universal Studios out here in L.A. this past year, which made for one of the best Halloweens ever.


4. You created The Sinister Six- a pretty cool project. Can you tell us about that?

THE SINISTER SIX was inspired by MASTERS OF HORROR, the Showtime series that came out in 2005 and ran for two seasons. I loved that they got a bunch of renowned genre directors like John Carpenter, Dario Argento and Takashi Miike to do these little one-hour horror movies. It inspired me to get some of my friends and colleagues together with each of us making a 10-minute short — we then packaged them all together as THE SINISTER SIX and screened them over Halloween weekend in New York. The first installment screened in 2006; that was followed by SON OF SINISTER SIX in 2007, BRIDE OF SINISTER SIX (featuring six women directors) in 2008 and SINISTER SIX MUST BE DESTROYED in 2009. Many of the directors each year came from theatre and had never made a movie before; it ended up being the perfect opportunity for them to give it a shot.
Ultimately, it came from a desire for creative collaboration and community, which is my favorite aspect of doing film and theatre — meeting so many different kinds of artists and conjuring a project that brings us all together, especially if it allows for the participants to try something they’ve never done before.

5. What has been your most proud accomplishment as a director thus far?

For film, I would have to say THE BIG BAD, because it’s a miracle that movie actually exists. I met someone at a party recently who said that making a movie, at least on an independent level, is impossible — it’s truly impossible in a literal sense, and yet it happens. Independent films are inherently contradictions and anomalies. That’s kind of what making THE BIG BAD felt like. Sure, when I watch it, I see some mistakes that I wish I could fix and there are a few scenes I would definitely approach differently now. But I also marvel at its existence — it was a huge and incredibly difficult undertaking, and we finished it, which makes me very proud. It turned out to be pretty good, too! I genuinely enjoy THE BIG BAD — I’m actually a big fan of the film, and I can’t say that about everything I’ve made over the years.

6. ‘The Big Bad’ was downright awesome. Having been self-financed by Jessi and yourself, what were some of the biggest obstacles with this project?
Thank you! How we were going to handle the forest scenes was one of the biggest challenges — it just wasn’t financially practical to bring in a generator and a bunch of mega-lights to shoot such elaborate and extended scenes in an actual forest, not to mention the fact that we of course had no control over the weather. So we ended up building a forest set in one of the big exhibition rooms at the Greenpoint Gallery in Brooklyn, which allowed us much more control of the environment and lighting. Luckily, all of our forest scenes take place at night, so it was really more about the basic shapes of trees and branches rather than the intricate details — backlight everything and turn on the smoke machine and you’ve got yourself a forest that’s something of an homage to the one in the original WOLF MAN with Lon Chaney, Jr. It ended up being an appropriate aesthetic choice as well as a financial one.

7. As a director, what makes for a great horror film in your eyes?

If a horror film is actually scary, that to me is the greatest accomplishment. It’s also the most difficult to achieve. There’s also something to be said about films that can actually be, for lack of a better term, “horrific” — films that can actually create a sense of terror, whether they’re considered “horror” movies or not. Ji-woon Kim’s I SAW THE DEVIL, Takashi Miike’s AUDITION and David Fincher’s ZODIAC come to mind as good examples of that.

8. If you were to host a horror movie marathon, what films make the cut and why?

Definitely ALIEN — working stiffs stuck on a spaceship with a monster, it’s a great example of ordinary people in an extraordinary situation. Probably David Cronenberg’s THE FLY for its purity of vision, intimacy and operatic (and completely unapologetic) sense of romance/tragedy. John Carpenter’s THE THING for its almost unbearable tension — and because, to quote a friend, “You can’t go wrong with JC.” Murnau’s NOSFERATU for its unsettling imagery and ominous atmosphere, it’s really timeless. I might even throw in PARANORMAL ACTIVITY because it’s astonishing what they pulled off for five bucks.

9. You’ve already begun work on a second film with Jessi Gotta. You’ve said it’s going to be even more ambitious and even bigger. How has this project come together thus far?

It’s a science fiction film that’s going to require very elaborate sets and even more complicated makeup and FX. We’re not sure if that’s going to be our next feature, but it’s the one that’s gone through the most development so far, at least in terms of fleshing out the script. It’s also going to be VERY expensive, which in and of itself might be reason to shelf it for now and wait until we have more resources. We’ll see.
Right now we’re co-producing a horror short called ANNIVERSARY DINNER that Jessi co-wrote and is directing herself. She’s got a great production crew she’s working with in New York — I’m excited to see it all come together.

10. Are there any taboos or subjects you refuse to touch as a director?

Anyone who’s ever worked with me would probably give a quick, flat-out “No” to this question, so I’ll just follow suit.

Actually, that might’ve been true back in college, but now I think I’m more of a stickler for class and good taste, even with the most subversive material. I’m all for going to extremes, but there has to be a reason for it, and it has to be done in such a way that it’s not exploitation for its own sake. Let’s just say I’m not as amused by the severed head oral sex scene in RE-ANIMATOR as I once was? I’m not offended by it, but I don’t think it’s as “cool” (or whatever) as I did, say, twenty years ago. I might be mellowing with age.

Thanks for the interview! And to any readers who are thinking of embarking on their first film project — do it. Find a way to make it happen. Make your limitations work for you instead of against you. Learn from it and from the people who work on it with you. Just don’t wake up one day and you’re suddenly 90 and thinking, “I should’ve made that movie way back when.”

After chatting with Bryan, he immediately became a fella I consider a role model and someone any filmmaker can model their formula for success after. I sincerely thank Bryan for his time and enthusiasm. I absolutely cannot wait for more projects to come!!

In the meantime, check out the official website to THE BIG BAD! 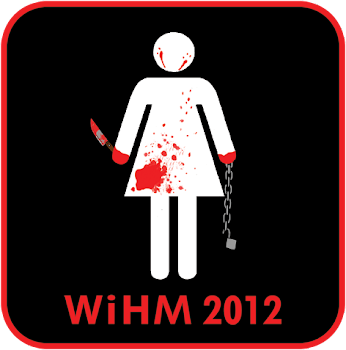 Justin Hamelin
I am a horror fanatic who has been writing since I was able to hold a pencil (albeit the 'incorrect' way to many teachers in my lifetime). I absolutely love the horror genre and am slowly getting up the courage to call myself a horror aficionado. Writing, learning, horror and the arts are my passion. 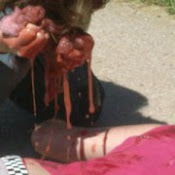 read up on the process my guerilla zombie film went through! 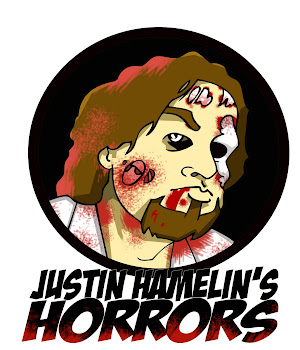